A letter to the Red Cross. #Cuba #PapaCuba
Acción promovida por Levanta Cuba
http://www.youtube.com/watch?v=jSbrG8QnGKI
Red Cross aid sucker-punch a Cuban protestor
Comité Internacional de la Cruz Roja Address: Avenue de la paix 19 CH 1202 Ginebra Tel:             +41 22 734 60 01       Fax: +41 22 733 20 57 webmaster@icrc.org http://www.icrc.org/spa/index.jsp
This email is sent to you to denounce a repressive action by a Red Cross member in Cuba during the Papal visit to Santiago. Previous to the Papal Mass, a man who yelled "Down with Communism" was brutally beaten with a stretcher carried by a Red Cross member. The video of the incident was captured by a Colombian journalist who was present at the scene. This is an unacceptable act of brutality that should be condemned, and the Red Cross should take action against this attacker, who is obviously an agent of the Castro regime. He not only committed a brutal injustice against freedom of expression and human rights, but also gave the Red Cross a terrible image. I am sure that this will not be the only email condemning this act of repression.
Sincerely, a Cuban.
http://www.youtube.com/watch?v=jSbrG8QnGKI 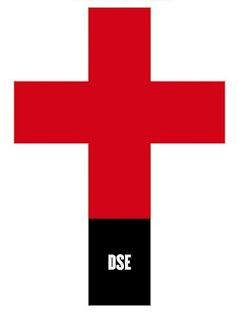 Al firmar la petición estarás enviando esta carta
Destinatario: Mr. Steven Anderson.
Mr. Steven Anderson
Media contact for North and West Africa, Latin America and the Caribbean
International Committee of the Red Cross
sanderson@icrc.org
Mr. Anderson,
Cuban citizens all over the world feel outraged that the International Committee of the Red Cross (ICRC) has not yet denounced publicly the attack that took place yesterday in Santiago de Cuba, Cuba, prior to the mass that Pope Benedict XVI was to give in a public plaza of the above mentioned Cuban city.
The attack was carried out—filmed and photographed by the international media: http://noticias.univision.com/edicion-nocturna/videos/video/2012-03-27/hombre-que-grito-en-cuba, http://youtu.be/cmD6BsHRAWM, Reuters, etc.—by a person wearing a Red Cross vest and carrying what appears to be a medical stretcher, and it was inflicted upon an unarmed Cuban citizen who simply protested that there are no civil liberties in his country, which the subsequent detention itself proves. After the protester was detained by police forces dressed in civilian clothes, abundant throughout the plaza, the “questionable” Red Cross worker attacked the detainee—who was visibly restrained and incapacitated to defend himself—, hitting him on the head with the stretcher after pushing him.
The Cuban community feels that the ICRC owes the world an urgent explanation as to why a person wearing its iconic Red Cross of good will and human concern for others, would act in such a violent way against someone that was only exercising his freedom of expression, which we are fully aware the Cuban government violates and does not respect, but the International Committee of the Red Cross (ICRC) should indeed not only respect, but defend as the “neutral organization ensuring humanitarian protection and assistance for victims of war and armed violence” that it is.
Respectfully, a Cuban.
Clic Aqui para firmar
Publicado por EG en 3/28/2012 10:40:00 a. m.