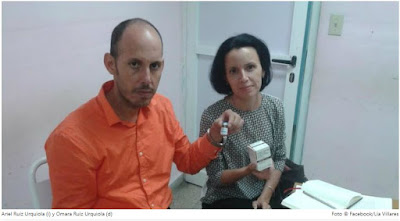 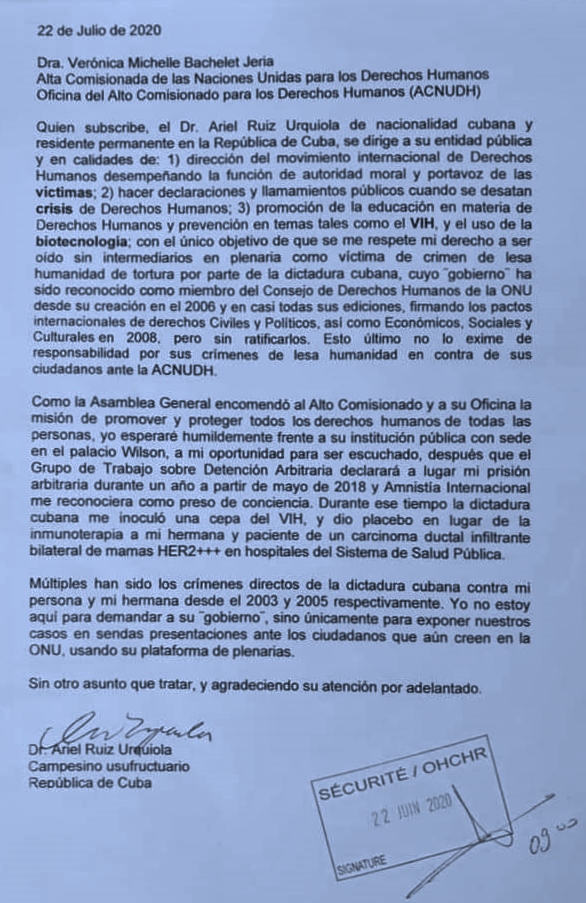 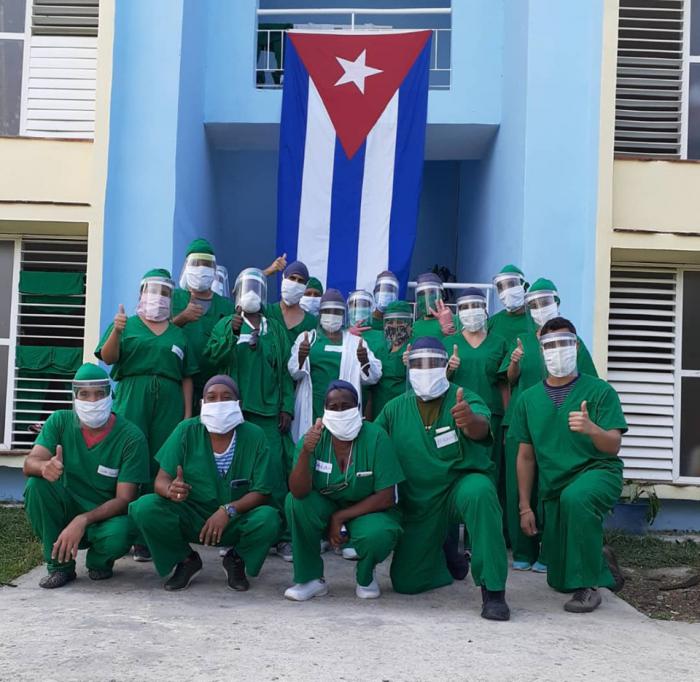 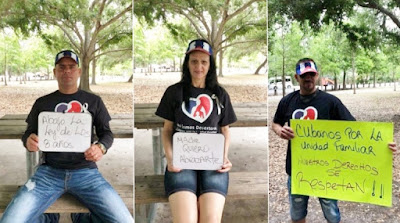 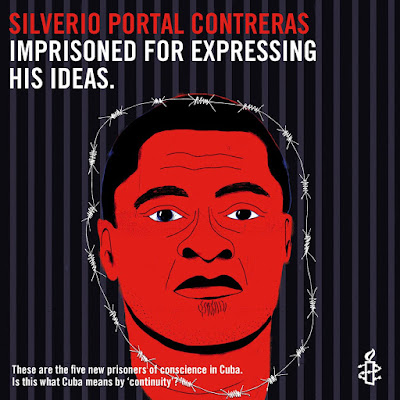 While in prison, Mr. Portal Contreras’ health has suffered greatly. He is 56 years old. Early in his prison sentence, he collapsed from a seizure after not receiving medical attention despite asking for it for four hours. It was later discovered that he had a blood clot. Since then, he has had many ischemic strokes and transient ischemic attacks (TIA), resulting in partial paralysis of the left side of his body.
Mr. Portal Contreras requested medical parole, which is permitted under the Cuban Penal Code under certain circumstances. Despite recognizing that Mr. Portal Contreras suffers from several serious health conditions, including ischemic cerebrovascular disease, the Provincial Tribunal of Havana found that his “current state of health is compatible with the penitentiary regime,” noting that he requires “specialized follow-up to maintain his illnesses.” Ms. Gonzalez Gomez has also filed an appeal of Mr. Portal Contreras’ conviction with the Supreme Tribunal but has yet to receive a response. Requests to transfer him to a labor camp and to release him on conditional liberty have also been denied, according to Ms. Gonzalez Gomez.
On April 23, 2020, Mr. Portal Contreras suffered another TIA. Ms. Gonzalez Gomez was able to speak on the telephone with him that day and noted that he had extreme difficulty speaking. She believes that he needs urgent medical attention, however, she has not been able to talk to him since that day and fears for his life. She received a telephone call from another prisoner on May 12, 2020, who informed her that Mr. Portal Contreras was alive, but has no further information about his condition. Considering his delicate state of health, he faces extreme risk if he were to contract COVID-19 while in prison.
On May 13, 2020, a State Security Official came to Ms. Gonzalez Gomez’ home to pick up food and medicine that she normally would deliver herself to Mr. Portal Contreras, but cannot do so now because of the COVID-19 pandemic. The official told her Mr. Portal Contreras would call her the following day. However, the expected telephone call never came, causing Ms. Gonzalez Gomez to fear that he has suffered another health crisis or is being denied access to telephone calls.
According to the United Nations Standard Minimum Rules for the Treatment of Prisoners (Nelson Mandela Rules), “the provision of health care for prisoners is a State responsibility. Prisoners should enjoy the same standards of health care that are available in the community and should have access to necessary health-care services free of charge without discrimination on the grounds of their legal status. Furthermore, “prisoners shall be allowed…to communicate with their family and friends at regular intervals.”
Race and Equality is extremely concerned for the health and well-being of Silverio Portal Contreras and calls on the Cuban State to release information about his current state, as well as provide him with medical care and allow him to resume communication with his spouse as required by the Nelson Mandela Rules. Mr. Portal Contreras is a political prisoner who is being deprived of liberty in violation of Cuba’s international human rights obligations. Race and Equality asks the international community to monitor the situation of Mr. Portal Contreras and to urge respect and protection for the human rights of all political prisoners.
Source: Race&Equality. 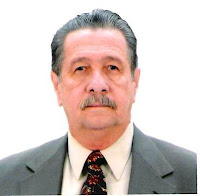 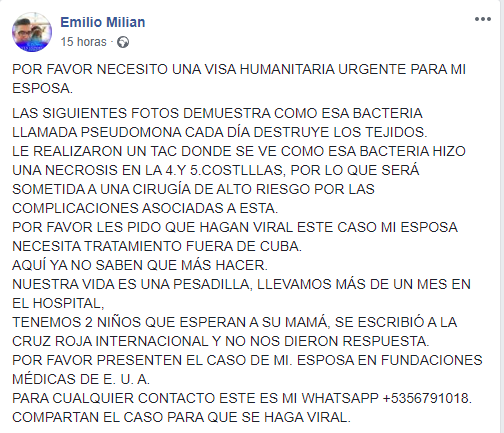 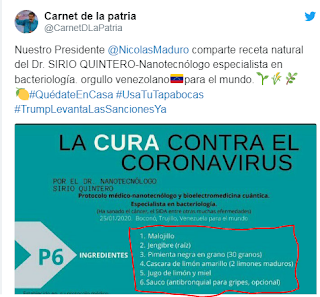 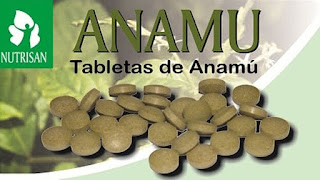 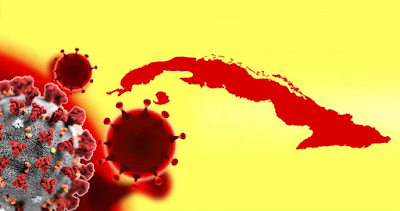 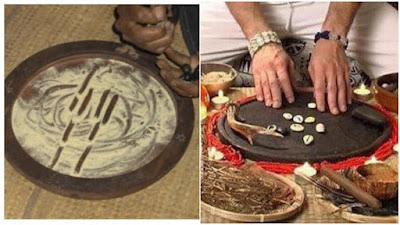 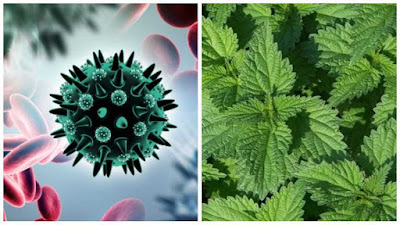