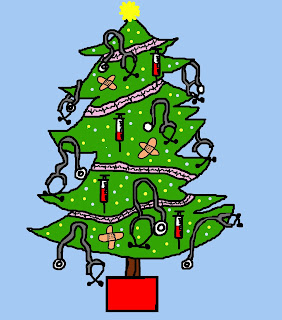 The most vulnerable group of Cuban immigrants in Costa Rica is the children and pregnant women.

57 Children and A Dozen Pregnant Women, the Most Vulnerable Group of Cuban Migrants.
By Reinaldo Escobar.
Among the thousands of Cubans arriving in Costa Rica in recent weeks, one of the biggest concerns for humanitarian organizations and the people are the children. “There are 35 boys and 22 girls who need check-ups to confirm their state of health,” said Carlos Alvarado Quesada, Minister of Human Development and Social Inclusion in a conversation with 14ymedio on Sunday.
“I saw a woman with a baby girl of six months, in the La Garita shelter,” he recalls. “While she was nursing the baby she was telling another person how they were persecuted in Colombia. Her story made a strong impression.”
Alvarado Quesada, a communicator by profession and also president of the Joint Institute for Social Aid (IMAS), said minors are “clearly identified” and referred also to another vulnerable group, the dozen pregnant women in the shelters.
The latest official figures are that there are 18 locations providing accommodation and care for about 3,013 Cubans. “At least twelve of these places are in Liberia, ten in the canton of La Cruz, four in Upala, one in Guatuso and one in San Ramon,” lists the minister.
Alvarado Quesada agrees with the opinions gathered by this newspaper about the communities are involved in supporting migrants. “The people of La Cruz and Upala, like other regions, are very committed,” he said, adding that residents have made donations and given all kinds of aid. “Also the churches have joined in solidarity, both Catholic and evangelical and are preparing and bringing food to Cubans,” he continues.
“I visited one of those kitchens where 3,000 meals are prepared daily and, in fact, the chef is Cuban. Every shelter has a Cuban cook, because among these people there is every kind of professional. There are economists, doctors, dancers, boxers …” says Alvarado Quesada.
The Ministry of Health and the Red Cross have conducted a census which includes data such as name, occupation and clothing sizes of the Cubans. “Some of this information will enable us to distribute aid, especially clothes,” explains the president of IMAS. In the case of children it is very important to know the exact measurements to make the distribution of clothes and footwear more effective.
Asked about the possibility of an airlift that would allow the migrants to continue their journey to the United States, Alvarado Quesada is more cautious. “There is willingness to help, but it cannot be a flamboyant help, too dramatic,” he says. “This is a matter of freedom, not only of Cubans but the freedom of everyone.”
Source: 14ymedio and Translating Cuba
Publicado por EG en 12/21/2015 12:38:00 a. m. No hay comentarios: