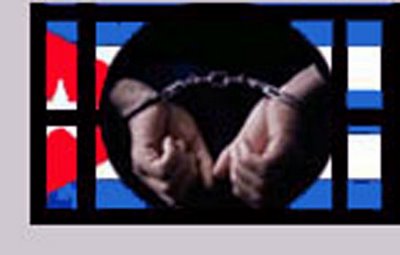 “Remember those in prison as if you were their fellow prisoners, and those who are mistreated as if you yourselves were suffering”. Heb. 13: 3 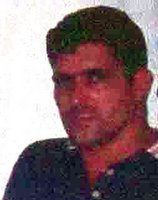 A signal passed through the deputy principal officer's dim and humid living room. Our hostess stood up. “Let’s go outside and look at the flowers,” she suddenly suggested. The ten or so other spouses assembled for a community meeting began to file out into the scalding embrace of the sun. I, a newcomer, glanced uncertainly at my two-month-old baby, Zachary, dozing sweatily in his carrier.

One of the wives, a veteran of diplomatic life in Cuba, stopped in front of my chair. “You want to look at the flowers,” she insisted. Finally she pointed to the ceiling, in a gesture I would come to know all too well. Oh. The microphones. I reluctantly followed. Beside a stand of purple bougainvillea, the U.S. Interests Section’s American nurse was quietly explaining the community’s relationship with a Cuban pediatrician, whom we all came to call by his first name: Dr. Eduardo.

Later, as I got to know the island and its paradoxical, upside-down economy, Dr. Eduardo’s story made more sense to me. As a pediatric specialist and surgeon, he earned about 400 pesos per month. With that sum he could buy tiny cups of thick Cuban coffee, a few scrawny vegetables at the recently legalized farmers' markets, and entry into cultural facilities such as the Museum of the Struggle of the Ever-Vigilant People. Pork was about twenty pesos a pound. There was no milk sold for Cuban pesos. Or deodorant. Or shoes.

Like other Cubans, Dr. Eduardo had a ration book that promised a meager monthly basket of dried beans, rice, cooking oil, and other basic goods. Yet there was no guarantee that the items would actually appear in the neighborhood bodegas with their corrugated roofs and rough wooden counters.

In 1995, when I arrived, Cuba was struggling up from the low point of what was called the “Special Period” following the fall of the Soviet Union. At world prices, Cuba’s sugar harvest hardly broke even. The country had nothing left to sell but itself.

The U.S. dollar, newly legalized, was conquering the island where nine American presidents have failed. Dollar-only stores, restaurants, and dance clubs sprang up throughout Havana as the government scrambled to attract tourists and to sop up the money sent by overseas Cubans to their families. Modest shopping arcades near hotels dazzled socialist eyes with designer clothing, electronic equipment, and shiny toys. Havana’s first mall, a purple monstrosity shaped like a parking garage, opened a year after I arrived.

A decent life in Cuba required dollars. The catch was that most ways for individual Cubans to earn them were illegal. Dr. Eduardo had started working part-time for the Canadian Embassy, where he had met some Americans. He began to make discreet house calls, quietly accepting twenty dollars for his services.

As foreign diplomats, we were supposed to patronize Clínica Cira Garcia, the tourist hospital, or Cimeq, the facility reserved for top military and government officials. But waiting times were long at these clinics, the service could be distinctly unfriendly, and horror stories abounded. I was much happier to entrust my baby to the gentle and friendly Dr. Eduardo, who was brought to my house by the nurse for Zachary’s three-month checkup. Dr. Eduardo was knowledgeable and professional, yet somehow self-effacing in a way I had never seen in a doctor. He smiled conspiratorially when I slipped him the twenty. Once I became ill on a weekend, and he pedaled his black Chinese bicycle to my door on Sunday morning. “I am sweetly,” he apologized as he greeted me. The moisture that stained his shirt and glistened on his forehead told me what he really meant.

Treating diplomats privately cost Dr. Eduardo his hospital job. And soon the government ordered him to cut off all contact with foreigners. Months later he managed to get an exit permit from the Cuban authorities and an immigrant visa for Spain. I hear that he and his family are thriving there; he has grown fat on the glorious abundance of food.

Then one week my sturdy, white-haired gardener, Pedro, didn’t come to work. His son and grandson appeared instead, looking worried. Pedro was seriously ill. Later that week they came by with a prescription slip. Pedro needed a strong antibiotic, but his doctor couldn’t find it on the Cuban market. It would certainly be available at the foreigners’ clinic, but Cubans were not allowed to fill prescriptions there. Would I get it for them?

I hesitated for a second. The Cuban government sometimes sent provocateurs to “enemy” diplomats’ homes, hoping to catch us in illegal transactions. They would ring the doorbell and offer stolen cigars or rock lobster tails, items controlled under a closely-held government monopoly.

But this was no government trap. My transactions with Pedro were already illicit. Employer-employee relationships were forbidden on the island; the Cuban government was the only permissible employer. Foreigners in need of Cuban labor were required to contract with Cubalse, a government agency. For my maid’s services, for example, I paid Cubalse in dollars. Cubalse then paid her in pesos, thus siphoning off an effective tax rate of some ninety-five percent. Pedro disdained this lopsided scheme and worked, at his own considerable risk, for cash. I had never even known his last name until I read it on his doctor’s prescription.

I agreed to go. To get to Clínica Cira Garcia, I had to drive down Quinta Avenida, the main thoroughfare through Havana’s suburbs. Palm trees lined the grassy median strip. I passed an old, tail finned American car, wire securing its flapping trunk, six people stuffed into the back seat. A shiny black sedan with foreign business license plates, from Mexico or Canada or Spain, loomed in my rear view mirror and sped past.

Women stood all along the route, hitching a ride with downward-pointing fingers. Some wore skin-tight bicycle shorts and jogging bras in the heat, others had on work uniforms or military fatigues. (Men rarely hitchhiked, preferring their heavy, one-speed bicycles.) After five, the parade of hitchhikers would come to resemble an old-fashioned beauty pageant with its emphasis on swimsuits and evening gowns. These so-called jineteras — female “jockeys” literally, or hustlers, whores — were Cuba’s upwardly mobile class. Among them were students, white-collar workers, even professionals. It was not only money they sought from the foreign men they eagerly accosted, but all the glittering prizes denied them as Cubans trapped in the peso economy: dinner in a restaurant, gifts from a hotel shop, or best of all, marriage to a foreigner and a ticket off the island.

The lessons of the economy were not lost on Cuba’s youth, despite their red neckerchiefs and Che Guevara banners. Hawking tourist trinkets in Old Havana, waiting on tables for tips, driving taxis — those were the professions of the future. If they would have any future in Cuba at all.

“What do you want to be when you grow up?” Cuban parents, themselves born after the revolution, would ask.

“A foreigner,” their children would answer a faraway look in their eyes.

When I arrived at the clinic’s tiny, air-conditioned pharmacy, the woman behind the desk scrutinized the Cuban-sounding name on the prescription.

“Estados Unidos,” I replied firmly. Our eyes locked. I, the American “enemy,” was standing in for a Cuban who wouldn’t have been allowed through the door. Did she know and sympathize? Her expression betrayed nothing.

Finally, to my relief, she turned to fill the prescription, and I paid twenty-five dollars and drove back to give the medicine to Pedro’s son. A few weeks later, Pedro was back at work with a lingering cough, gruffly thanking me for saving his life.

Meanwhile, the gap left by Dr. Eduardo was partially filled by a new “friend” of the Interests Section, Dr. F, and a pediatric cardiologist working at Havana’s leading children’s hospital. He had attended professional conferences in the United States and insisted he merely wanted to repay the hospitality shown him there. Dr. F’s bedside manner was more formal than that of Dr. Eduardo. He would lodge a loud, ritual protest when handed a twenty-dollar bill, then slip it into his pocket.

Dr. F provided me medical services for the first time when Zachary, now a toddler, developed a cough and fever. We arranged to meet at the hospital where he worked. The place looked like an abandoned college dorm, with open cement balconies and long, unlit corridors. People slumped against each other on the floors along the hallways, waiting for something. Many clutched bundles; Cuban hospital patients had to bring their own sheets, their own food, and their own soap — if they had any.

Dr. F led me past them, holding the doors open as I carried Zachary along. We came to a gloomy room where an x-ray machine stood alone. Zachary’s films showed a hazy spot of pneumonia on one lung. A call to our nurse confirmed that the right antibiotic was available in the Health Unit. Dr. F walked me outside, since he was going home as well. He offered to show me where he lived, quite nearby, in case I might need him in an emergency. I followed his little white Soviet Lada in my rumbling sport-utility vehicle. Soon we pulled up at a four-story concrete-block structure with open, unpainted stairways and laundry fluttering outside empty windows. He didn’t have a phone, he told me apologetically, writing down the number of a neighbor down the hall.

One evening a week or so later, Dr. F rang my doorbell to check on his little patient. Zachary was recovering well, and since we were having a few friends to dinner, we invited Dr. F to join us for dessert and coffee. We made small talk in Spanish and asked him about his travels to the United States.

Dr. F seemed a bit reticent as we talked. Then he suddenly brightened, as if an interesting subject for conversation had just occurred to him.

“I’m having trouble with my thirteen-year-old daughter,” he confessed cheerfully. We turned concerned faces toward him, the image of a blossoming young woman beginning to form in our minds. “She wants to be a jinetera,” he continued, chuckling affectionately.

A painful stillness gripped the room. The muffled tapping of insects on the windows in the muggy darkness was the only sound. Somewhere out there in the night, a doctor’s daughter sat in front of a cracked mirror, practicing a bold smile to seduce foreign men, her best hope of gaining wealth and freedom.

In my air-conditioned dining room, her father shrugged and continued to smile, accepting his daughter’s ambition as an ordinary folly of youth. As he looked, almost respectfully, at the foreigners around the table, I felt a sickening sadness clutch at my throat. Not for the Cubans’ poverty, or the restrictions on their daily lives, but for their dignity. The dignity their parents had fought for once, only to lose again.
*Mrs. Linderman earned an M.A. in German literature at the University of Georgia, with additional study in Germany, and has worked as an English teacher, editor, and translator. She and her husband have been posted over the past nine years in Port of Spain, Santiago, Havana, and now Leipzig.