There are double standards discriminatory and exploitative Cuban doctors and patients both for foreign patients. 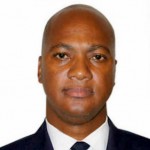 By Dr. Eduardo Enrique Herrera Duran.*
For many in the world, in Cuba, medical care is free. But actually it is not so, and especially for tourists. People who visited the island and ill, have seen are required a hefty payment in foreign currency by the health services required.
Some foreigners complained that they have to pay for any services of this type that will deliver to them at a much higher price than in some of their countries, and with less quality. In addition, sometimes they are examined by several specialists unnecessarily, charged each query in order to increase the final amount.
As medical specialists, sometimes forwards us cases to assess as surgeons who had simply not are sent to our service. In my opinion, this happened for the effort to add an unnecessary specialist consultation and thus charged more.
An example of this occurred on February 14 of Calixto Garcia University Hospital at emergency room. A German patient who suffered several diarrhea ended envoy to be valued by the emergency surgery and therapy, most without this case required it, which was discussed by the medical team.
Hospitals such as the Cira García, Camilo Cienfuegos and the CIREN (Neurological Restoration Center), are those who receive largest number of foreigners. Others only have some rooms which cater to this type of patient, as it is the case of the Hospitals Pando Ferrer, Hnos Amejeiras and CITED (Ibero-American Centre for the Elderly), in the Calixto Garcia University Hospital.
Hospitals and rooms primarily responsible for the care of foreigners have better comfort. The equipment is superior and the staff working in them are familiar with provide a service that is not customary in health centers where are served our neighbors.
When tourists arrive to seek medical attention, are required to pay either cash or insurance cards. However, despite such outlay, the doctors who are in charge of care for them not benefiting from this gain. They receive the same salary as all other specialists (approximately the equivalent in pesos to about 60 to 70 dollars a month).
Thus, is the most profitable business for the Cuban State, forming a large number of professionals in the sector without investing much in it. The teachers who teach them usually win approximately 80 dollars a month.
Formed as low-cost physicians are sent to many countries for the so-called "medical collaborations". As a result, and unlike the worker who produces them, the Cuban State receives juicy profits.
This machine make money also joined the physicians from other countries who are studying on the island. Input, and only by registration for the specialty, pay 18 thousand dollars annually. This figure would represent a fortune to any Cuban, even being a teacher of the most qualified. Working in Cuba, could not meet this amount in a lifetime.
Cuba is a paradox for scholars of classical Marxism. For those who still believe in the myth of free medicine, "Socialist" model was transformed into a country where the capitalist health care method, applies more however wages which sustain it remain insufficiently low.
* Dr. Eduardo Herrera Duran is a physician specialist in Surgery. He lives in the city of Havana, Cuba and works at the University Hospital "Calixto García". He collaborates with the independent Cuban Press Agency, Hablemos Press, on health issues. Some of his articles appear in the Blog of Cuban Medicine.  (Microsoft translator)