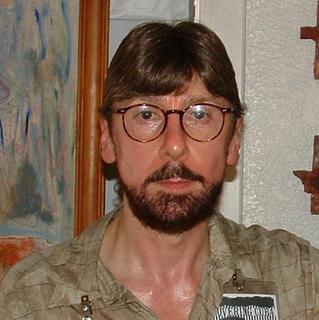 After hurricane Castro, ravishing mercilessly throughout the entire island of Cuba for 46 years like the red spot on Jupiter, perhaps hurricane Dennis is the worst in Cuban history. The estimated cost of rebuilding is about $3 billion. The Cuban people are left suffering and fending for themselves while Castro has other priorities, of course.

Though many countries have offered humanitarian help for the victims of hurricane Dennis, Castro has declined.

According to an editorial from Investor’s Business Daily, “Castro has also turned down a U.S. disaster assistance response team, known as a DART, to assess affected areas and determine where aid is needed. These DARTs are the same highly skilled teams that swiftly pinpointed where emergency aid to tsunami-ravaged Sumatra was needed in the first hours, giving private aid organizations a road map for efficient aid delivery.

“Castro doesn't want these private aid groups to see or have contact with Cubans who are beginning to challenge him. Amid the rubble, his only concern isn't reconstruction but clinging to power in his brittle, failed tyranny. That's why help is being shut out.”

Castro’s attitude this time has provoked many protests. Castro’s response is more repression, jailings, harassment, intimidation and the unleashing of the dreaded regime-organized mobs known as “Rapid Response Brigades” to further silence dissent. All this is further evidence that the real embargo Cubans have been suffering for decades comes from Castro - not from the U.S. It reminds me of a press conference that I attended in 1997 at which the U.S. embargo was presented as the culprit of all of Cuba’s health problems.

As usual, when Castro wants to impress foreigners with health care in Cuba he shows them his showcase hospitals (for foreigners and elite only). When he has another goal, he shows them the real hospitals and the reality of his pathetic health care. The American Association for World Health (AAWH) was led to the latter when they were conducting a study of the impact of the U.S. embargo on the Cuban people – with the preordained goal to blame the U.S.--otherwise they wouldn’t have been allowed in Cuba.

At that news conference on March 3, 1997, the AAWH released the conclusions of their study titled DENIAL OF FOOD AND MEDICINE: THE IMPACT OF THE US EMBARGO ON HEALTH AND NUTRITION IN CUBA. This devastating report, in support of Castro's goal, blasted the U.S. embargo. But, it didn’t point out an obvious contradiction: If the lack of medical supplies is due to the embargo, how come the foreigners and elite-only hospitals are so well stocked?

In his dramatic statement, Dr. Peter Bourne, former advisor on health issues to President Jimmy Carter and in 1997 AAWH's Chairman of the Board, said that the "unintended consequences" of the U.S. embargo is causing "unnecessary suffering and deaths." But, if Castro selectively distributes supplies and sells medicines donated by other countries in dollars-only stores, who are causing the unnecessary suffering and deaths?

Page 22 of their report states, "the embargo's biotech ban has hampered research on a promising Cuban AIDS vaccine . . .....” Castro has been doing biotech research for decades and not one of his claimed successes has panned out. In 1989, Cuba and Brazil signed an agreement for Cuba to provide meningitis vaccines for $100 million. However, due to poor quality, Brazil ended the agreement and dumped the Cuban-made vaccines into the ocean.

A March 3, 1997 release from the New Cuban Coalition said that Castro's "economic collapse is not the result of the U.S. embargo, but an anticipated outcome of the whimsical and inefficient management of Cuba's resources and economy."

For example: In 1986, Castro defaulted on his international obligations even though he was heavily subsidized by the Soviet Union ($5-6 billion a year). From 1960 to 1990, Castro received $100 billion in Soviet subsidies and close to 400 million tons of goods with a value of $104 billion. From 1970 on, Castro agreed to repay the Soviets a minimum of 5 million tons of sugar a year, but that commitment was never honored. According to the AAWH, the U.S. should sell medical supplies to Cuba, but how would they pay for what they would buy? What little Cuba has to export is already being sold to other countries.

Dr. Alfredo Melgar, M.D., who graduated in Cuba in 1989, and defected in 1994, said, "If the embargo is the reason for Cuba's deteriorating health care, why does it work for the tourists visiting Cuba under the Health Tourist Program while the average Cuban citizen lacks the most fundamental medicines and equipment?"

Dr. Melgar pointed out that Castro's embargo was selective, "only affecting the average Cuban. As a doctor I felt ashamed when visiting hospitals such as Cira Garcia, Hermanos Almejeiras, or Topes de Collantes where foreigners and Castro's elite enjoyed the use of the most advanced medical equipment available." He and others express their frustration in their practices outside the privileged hospitals, where they have to struggle to combat lice and hepatitis epidemics, among others, because of the rampant poor sanitation. "It's frustrating not to have the means to cure a simple lice epidemic while in the privileged hospitals, you find plenty of antibiotics, interferon and the latest equipment such as CAT scan and MRI machines."

It's difficult to accept this AAWH report as unbiased, considering that the Arca Foundation was a sponsor. Arca, a private, non-profit charitable organization established in 1952, encourages a "more open foreign policy, based on respect for international law, human rights and sovereignty of all nations," according to its Annual Report. But for years Arca has been favoring Castro, unconcerned about his disrespect for international law and the sovereignty of other nations, and his crimes and violations of human rights.

In 1995, Arca granted $680,000 to 23 projects dealing with Cuba (all pro-Castro); $50,000 went to AAWH for this report. And $5,000 to the Carter Center (Jimmy Carter, publicly known detractor of the U.S. embargo, is the Honorary Chairman of AAWH) for assessing "current and past U.S.-Cuba relations and prospects for change through research and field visits to Cuba." Contrasting with their fixation on Cuba, in 1995, Arca granted just $217,000 for all the countries in Central America and the Caribbean.

I wonder what the members of AAWH, the Arca Foundation and Jimmy Carter would say? Specially Jimmy who keeps making international blunders like certifying as honest the fraudulent referendum in Venezuela legitimizing Castro’s puppet, Chavez, regime. What would he say about Castro’s refusal of international humanitarian help (including from the U.S.) for the victims of the hurricane Dennis?

The 1997 “impartial study” by the AAWH appears to be just another effort to discredit U.S. policy, fostering animosity against efforts to seek international support for a free and democratic Cuba and elimination of the most brutal embargo in Cuba's history: Castro's embargo against his own people.

© ABIP 2005
Agustin Blazquez, Producer/director of the documentaries COVERING CUBA, CUBA: The Pearl of the Antilles, COVERING CUBA 2: The Next Generation & COVERING CUBA 3: Elian presented at the 2003 Miami Latin Film Festival and the 2004 American Film Renaissance Film Festival in Dallas, Texas, COVERING CUBA 4: The Rats Below and Dan Rather “60 Minutes” an inside view ALL AVAILABLE AT: http://www.cubacollectibles.com/cuba.mv?p=108-CC4 .Author with Carlos Wotzkow of the book COVERING AND DISCOVERING and translator with Jaums Sutton of the book by Luis Grave de Peralta Morell THE MAFIA OF HAVANA: The Cuban Cosa Nostra.For a preview and information on the documentary and books click here: http://mysite.verizon.net/vze3k5sx/abip/
Publicado por EG en 8/04/2005 10:23:00 a. m.